Barabas (バラバ, - Baraba) is a Super Beast that first appeared in the TV series, Ultraman Ace. He appeared in the show's 2-part episodes, 13 and 14, "Execution! The Five Ultra Brothers" and "The Five Stars that Scattered Throughout the Galaxy" (respectively). 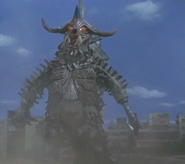 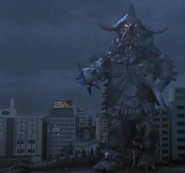 Retrieved from "https://ultraseries.fandom.com/wiki/Barabas?oldid=18246"
Community content is available under CC-BY-SA unless otherwise noted.